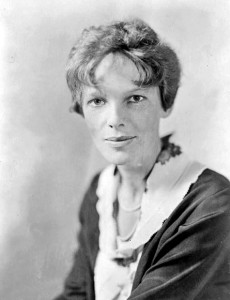 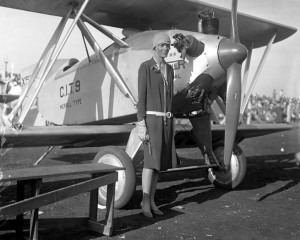 When 10-year-old Amelia Earhart saw her first plane at a state fair, she was unimpressed. “It was a thing of rusty wire and wood and looked not at all interesting,” she dismissively said. It wasn’t until she attended a stunt-flying exhibition almost a decade later that she became seriously interested in aviation. A pilot spotted Earhart and her friend, who were watching from an isolated clearing, and dove at them. “I am sure he said to himself, ‘Watch me make them scamper,'” she exclaimed. Earhart, who felt a mixture of fear and pleasure, stood her ground. As the plane swooped by, something inside her awakened. “I did not understand it at the time,” she admitted, “but I believe that little red airplane said something to me as it swished by.” In 1920, pilot Frank Hawks gave her a ride that would forever change her life. “By the time I had got two or three hundred feet off the ground, I knew I had to fly.”